Cannabix (BLO:CNX) is a Canadian company which is developing a much needed “Marijuana Breathalyzer”. It will presumably test not only the presence of THC in a subject’s system but also the concentration and recency of consumption to ensure they’re within legal limits. Devices for testing THC in a subject’s system are available such as the Dräger DrugTest 5000, a swab-based test which is approved for Canadian law-enforcement. But they fall short in telling whether that test subject has consumed THC recently enough to be ‘legally impaired’ as THC can remain in your system for weeks prior to metabolizing.

Below is a theory of mine regarding a potential next-step for Cannabix. The general consensus seems to be that a standalone device ready for testing is coming. I’m not sure if that’s the case, however. Their latest news release on November 15, 2018 has left many in limbo and given myself too much time to think. It stated (in regards to the ‘BCU’):

It is estimated that the new handheld unit will be ready by the end of this year.

Full disclosure, I am a shareholder and not an investment professional. This is not to be taken as investment advice in any form. These ideas are my own. Please know this may be completely incorrect and may make me look like a fool soon enough. In fact, I hope it makes me look like a fool since I’m optimistically hoping for a different outcome. This seems like a viable theory to me however and I haven’t seen it posted elsewhere, so here goes…

My theory is short-term they’ll be introducing a desktop-sized FAIMS device and a portable “BCU”. The BCU will collect the sample then plug into a “bench version” FAIMS device to provide a reading of the recency of THC consumption. Long-term the plan would be a completely standalone marijuana breathalyzer unit.

This allows them presumably to get a device to market quickly and get their foot in the door as the go-to marijuana breathalyzer device.

Getting that first-mover advantage could be important as there is a potential competitor out there called Hound Labs. I can’t vouch for how far along they are in development, or the specifics of their device however since they’re a privately held company and make few official releases. The last press release posted on their website was from March 2018.

Potential Issue with a Standalone Device

FAIMS requires a very precise electrical input and that would be difficult to do with a handheld-sized device. They repeatedly mention voltage in press releases. In a July 25, 2016 release they mention creating a “proprietary configurable high voltage power supply” and for the Beta 3.0 release mentioned the development of “superior voltage shielding”. If voltage shielding is a significant consideration, to a layman it seems difficult to manage/shield a “high voltage power supply” in a compact handheld.

The last NR says they:

so I believe electrical continues to be an issue in some form.

Cannabix’s last news release (November 15th) at the time of writing, spoke of a Breath Capture Unit “BCU” being developed by a BC engineering company MistyWest:

The new breath collection unit (“BCU”) will provide key physiologic breath sample data under different environmental conditions to determine the effects such parameters on a ∆9-tetrahydrocannabinol (“THC”) breath sample. The device will be lightweight and include advanced display capabilities as well as temperature, pressure and relative humidity measurement capabilities.

It doesn’t say it will measure THC itself, but it does measure other factors. Those could be data points fed to a FAIMS device since temperature and other variables could change from the time the sample is taken to when it’s input into the FAIMS device.

Cannabix has been working on a larger non-handheld version of their FAIMS device for years, according to press releases. It’s been coined the ‘Bench Version’ in releases and has gone through at least 3 beta versions. It’s my hope that this device is very close to being commercially functional. There’s some indication of it’s completed functionality based on an August 27, 2018 news release which stated:

Presumably by keeping the FAIMS device in a larger format, they’ll be able to more easily add controls for voltage, sample stabilization, etc. With a primary market for these devices being law enforcement, it may also be stored in an officer’s vehicle and make use of the car’s battery system if helpful.

Bringing the BCU and Bench Version FAIMS Device Together

This BCU will interface directly with the innovative FAIMS (field asymmetric waveform ion mobility spectrometry) based instrument for the detection of THC in human breath that Cannabix is developing.

I recently reached out to Cannabix directly asking for clarification of what “interface” means in this context, but have yet to hear back from them. Completely understandable, do your thing Cannabix team.

After following this company for 4 years, I believe and hope they’re very close to a marijuana breathalyzer solution which is ready for real-world testing. It’s entirely possible the next news release will say they have a complete standalone breathalyzer unit ready which incorporates the BCU and FAIMS device, or that we’re years away from anything, however, it’s my belief they’re close to something big and I wish Cannabix and the Bull Run team the best of luck.

If you have any thoughts, comments, or know for a fact that any of my assumptions are incorrect, please comment below. Let’s hope for an official update soon!

Disclosure: Again, I am not an investment professional or advisor and this is not to be taken as investment advice. I am a shareholder in Cannabix at the time of writing. I am not to be held liable for any actions taken and under no circumstances recommend any action to be taken based on what you’ve read or seen here. These ideas are my own and the theory is just that, a theory where assumptions are made which could easily be incorrect. DO YOUR OWN RESEARCH. 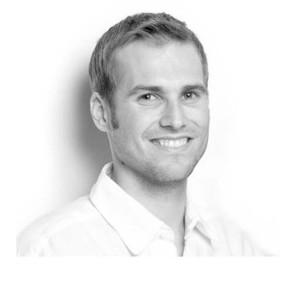